Are you ready, kids? Play as SpongeBob, Patrick and Sandy and show the evil Plankton that crime pays even less than Mr. Krabs. Want to save Bikini Bottom from lots of rampant robots with your mighty bubbles? Of course you do! Want to underpants bungee jump? Why wouldn't you! The battle is on!
Download APK
4.3/5 Votes: 2,976
Report
Developer
HandyGamesUpdated
May 2, 2022Version
1.2.8Requirements
8.0Downloads
50,000+Get it on

Are you ready, kids? Play as SpongeBob, Patrick and Sandy and show the evil Plankton that crime pays even less than Mr. Krabs. Want to save Bikini Bottom from lots of rampant robots with your mighty bubbles? Of course you do! Want to underpants bungee jump? Why wouldn’t you! The battle is on!

The story is set in the Bottom Bikini, where you will meet many characters like SpongeBob or Patrick in SpongeBob SquarePants BfBB. You will find a character named Plankton who has built a machine to steal the Krabby Patty formula. At the same time, after checking the necessary conditions for the machine to work, robot clones were quickly created; things did not go according to Plankton’s expectations because they surrounded him.

They began to rebel, and the first target they targeted was the person who created them, and this is wholly explained when Plankton carelessly set up Don’t Obey for these robots. From there, their harassment also began, and the story turned to two characters, Spongebob and Patrick. When Spongebob woke up to find his room had been disturbed and strange writing had been left behind. He begins the process of uncovering these mysteries.

JOURNEY TO SOLVE PUZZLES IN THE GAME AREAS

Players will control the character Spongebob in SpongeBob SquarePants BfBB and begin the process of discovering what is going on inside this world. You will control this character to collect items in the game, especially the colorful elements that appear before your eyes. Specifically, you will be able to easily collect them when approaching and start exploring the world of Bottom Bikini. Also, along the way, you’ll find some guides popping up.

When you arrive at some locations, you will see some instructions with question marks to help you get the information you need when starting to explore this game. At the same time, you will be able to find some elements that you can break, and of course, you will receive Shiny Objects, which are used to spend in this game. You also need to find more items like Golden Spatulas that lead you to a whole new location.

As you explore the world in the game, you will find a large world and spend time collecting the necessary items in the game. Not always those locations are safe as sometimes there will be spikes or lava that can affect your progress. At the same time, you’ll find a few things to activate the mechanics in the level so you can continue to complete your exploration.

Robots have started to impact areas in SpongeBob SquarePants BfBB, so you must confront them. At the same time, you will need to learn their movement mechanics to move and launch reasonable attacks until the health lines run out.

The journey with Spongebob and friends ultimately attracts players because:

You will return to the familiar Bottom Bikini areas and spend time exploring them with the default character, Spongebob.

The area faces the pre-set robots Don’t Obey and starts their destructive process you need to solve.

You will go through many different areas and solve challenging puzzles to progress inside the level.

The number and quality of valuable items scattered in each level are entirely diverse, and you will spend time collecting them.

Many enemies are waiting for you ahead as you can learn how they attack to dodge and take them down quickly.

Thank you for playing SpongeBob SquarePants: Battle for Bikini Bottom! 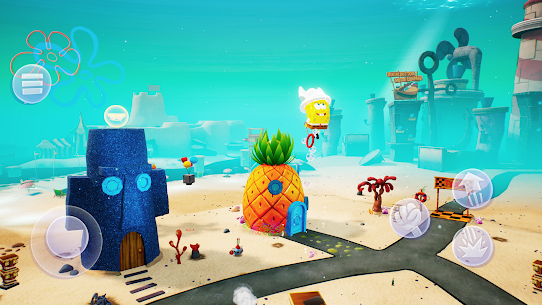 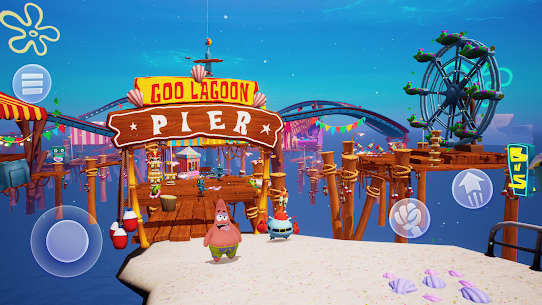 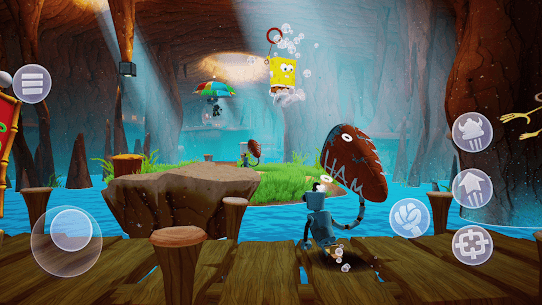 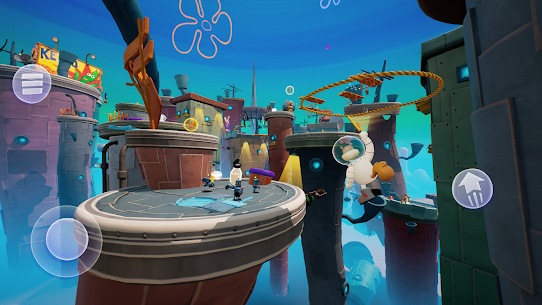 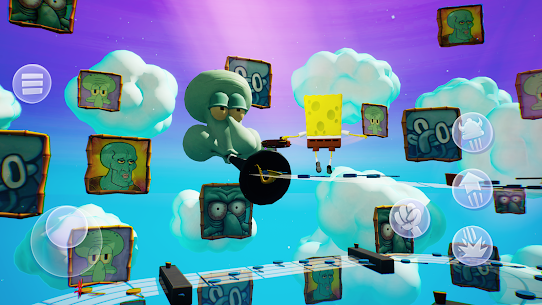